Edwin Hirschle retires after 49 yearsThe long-time production manager Edwin Hirschle started his apprenticeship as a machine fitter at bullmer in 1971. After completing his training, he moved first to the assembly department and later to the service department as a travel mechanic, where he was able to gain extensive experience in worldwide assignments. In 1981 he completed further training as a master craftsman in industry, after which he worked for a short time in development and as a master craftsman for halls 3 and 4. In 1994 he took over the complete production management. From 01.02.2017 he will support development projects of various kinds with his decades of experience.

Throughout his career, Mr. Hirschle has received recognition and awards including 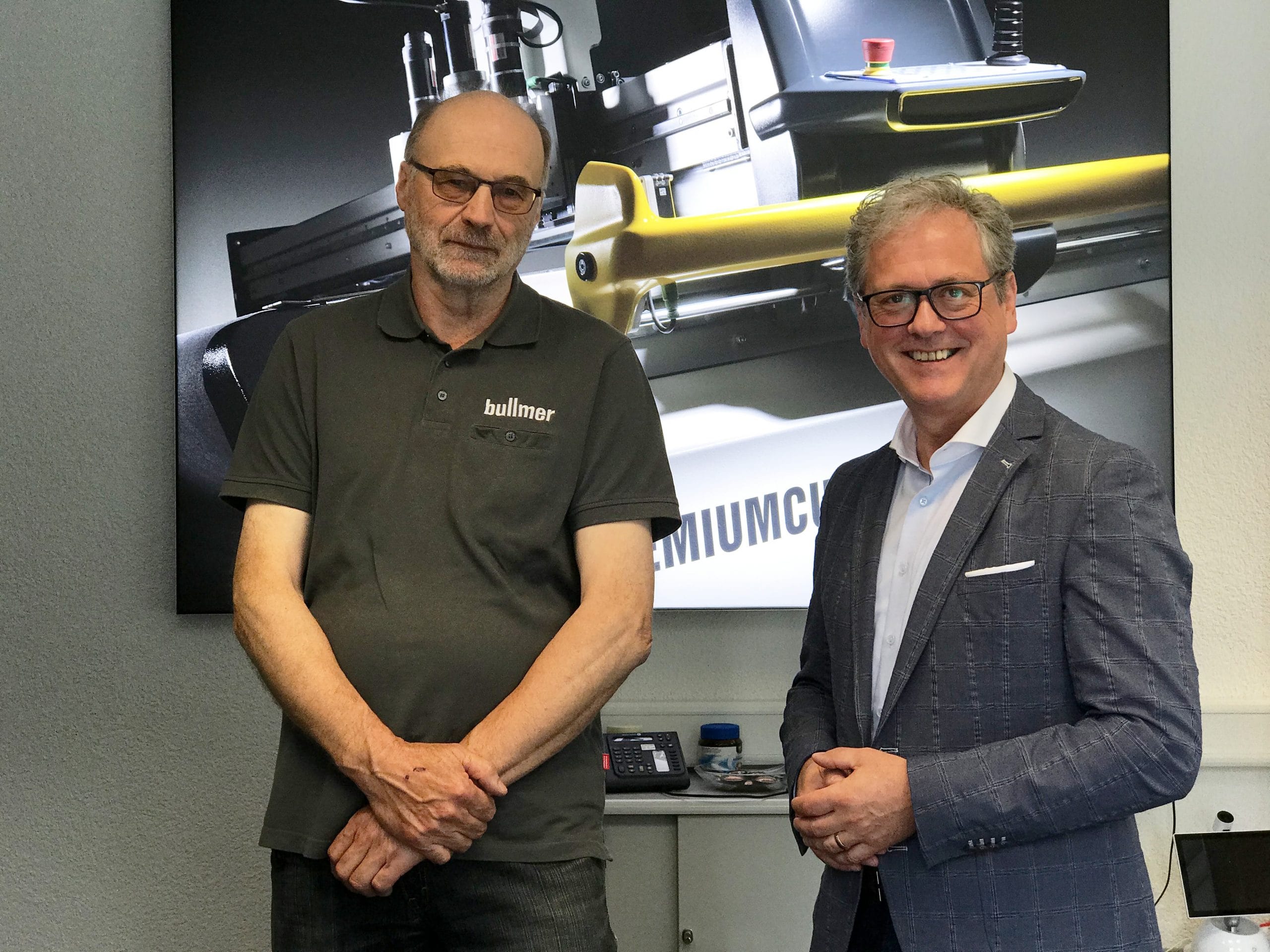 The management and staff would like to thank Mr. Hirschle for his pleasant cooperation and loyalty during his 49 years of service and wish him all the best for his retirement.